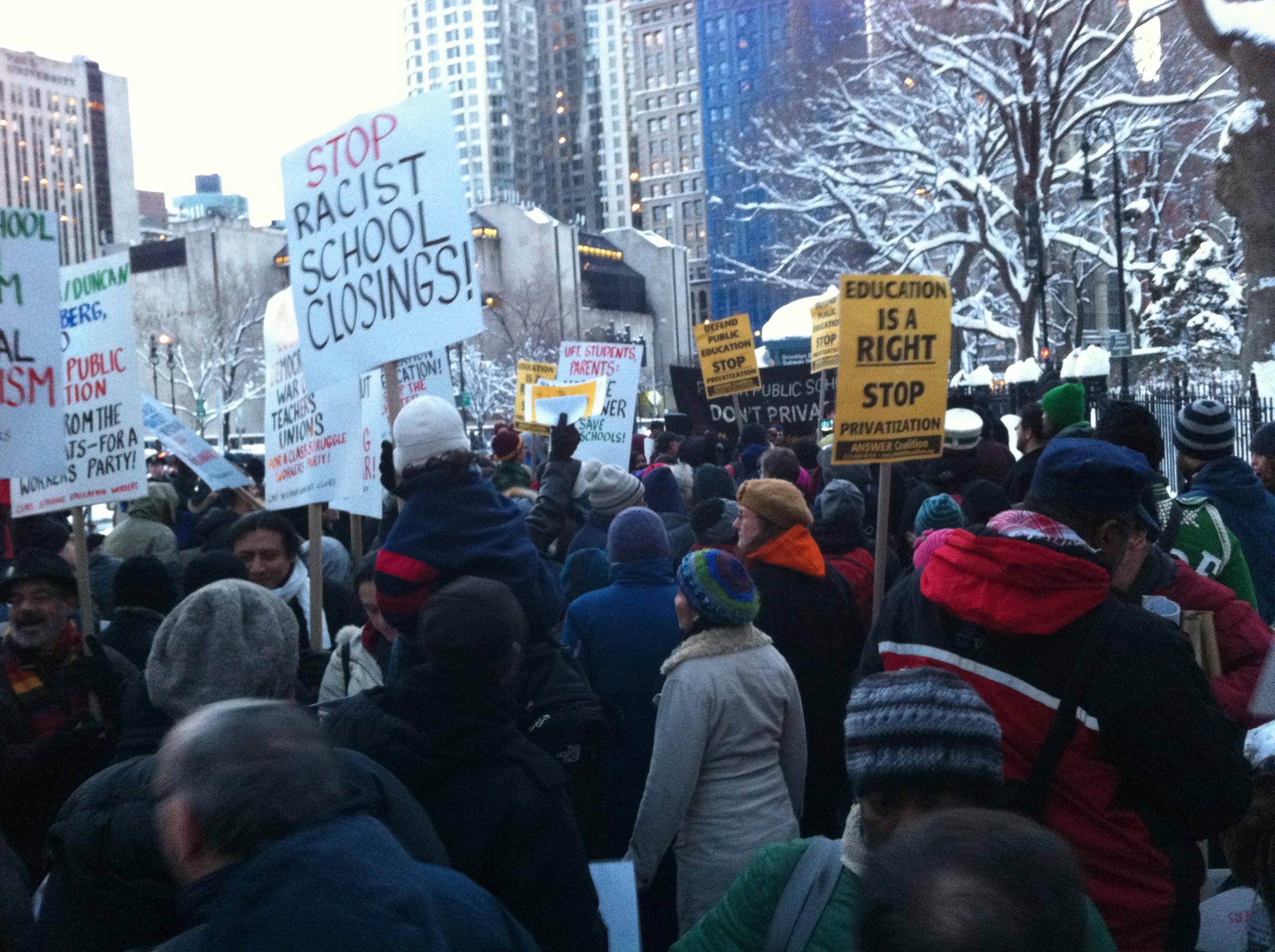 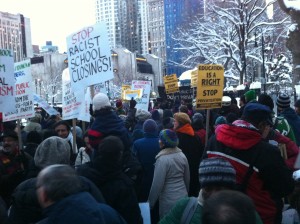 STATE OF THE UNION – Part 2: NEXT STEPS

On February 4, over 200 people attended  State of the Union – Part 1, featuring 15 workshops focusing on issues facing the UFT in the age of ed deform.

That was only the beginning.

Join us on March 10 to help plan the next steps in moving our union forward, and unite those who came together on February 4th into a common organization.

As the UFT and NYSUT agree to an evaluation system that requires 40% of evaluations to be based on state or local high stakes tests, mandates unannounced observations, and allows for an independent appeal on only 13% of first time ineffective ratings, it becomes even more urgent to discuss how we can build a movement in our union to fight for an alternative to the concessionary approach.

We are asking for a $5-$10 contribution at the door to pay for expenses incurred for this event.

Childcare available upon email request before Thursday 3/8
For more info, find us on Facebook: State of the Union or email sotuuft@gmail.com
SOTU Part 2 Flyer

Here are some questions that will be discussed:

Why do we need a new caucus?
We believe our strength lies with our members, organized into strong chapters. This requires active effort to educate our membership about how their union works, and involve them in democratically determining its direction.

We believe in social justice unionism. We fight for equitable public education and against racism in the schools. Building an alliance of students, parents and community members as a key part of our strategy. The UFT must fight for our members and our students.

We prioritize members working together to build power in our schools. Through collective struggles, our members will gain confidence and organization to mobilize an escalating series of actions, in our communities, city-wide and nationally, that can begin to take on the bigger challenges facing our union, educators and public education as a whole.

Every educator in America knows that our profession, and our students, are under attack. The onslaught of high-stakes testing, privatization, weakening or elimination of job protections, school closings and charter co-locations threatens the very existence of
public education as we know it. Unionized teachers in particular have been singled out for demonization.

The strategy put forth by our union leadership to take on these challenges is inadequate. UFT officials rely primarily on lobbying, media blitzes and procedural law suits. When occasional mobilizations are called, they are organized without a long-term plan for escalating actions or increased membership involvement. The union leadership takes a concessionary stance in order to maintain its “seat at the table” with politicians and corporate forces like Bill Gates, who turn around and attack teachers and the union at every opportunity. Union leadership then sells serious concessions to the members as victories claiming – “It could have worse”.

Some of the key policy failures of the UFT leadership: