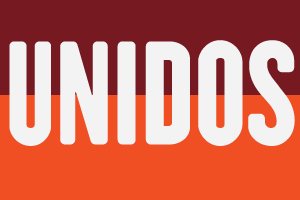 Free and Open to the Public

The New York Collective of Radical Educators (NYCoRE), the Participatory Action Research Center for Education Organizing (PARCEO) and the Public Science Project invite you to engage with UNIDOS to learn more about the struggle against anti-ethnic studies law in Arizona.

Please bring photo ID to allow you into the building

As a youth led coalition of critical thinkers, our purpose is to stand in defense of ethnic studies and all injustices within education. While defending ethnic studies is the backbone of our creation, we stand as a direct force to mobilize, empower and educate youth to take a stand against all injustices in our community and society as a whole. The Mexican-American Studies (MAS) program was outlawed in 2010 when Gov. Jan Brewer signed HB 2281. This bill bans any AZ class from encouraging “ethnic solidarity”, teaching to a specific group of people and promoting the “overthrow of the United States government.” Jan. 2012, Tucson’s largest K-12 school district complied with the law, liquidating the MAS program and banning its books.

Recently, things have only gotten worse: a federal court just upheld (March 2013) the anti-ethnic studies law, saying the AZ ban was constitutional (a ruling that threatens Chican@ Studies everywhere). We really want to inform national audiences and allies nationally, especially given the jump in support we’re seeing.  The Arizona “laboratory” is still kicking into highgear.